To be held up as a role model does not mean he or she is perfect, but rather that he or she has the courage to make mistakes in the limelight so that others may learn and do better

We place a large emphasis on the desire for leaders that are courageous, driven and passionate, along with other characteristics that are often associated with masculinity
What I’ve come to realise is that although these traits are important in leadership, they’re almost secondary or void if the individual does not possess the emotional intelligence to connect with his or her ‘people’
The importance of understanding, compassion and patience as a leader is underestimated and often frowned upon because they’re seen to be a sign of weakness
If you look back at some of the most revered leaders of the last century their most valuable skill was their ability to emotionally connect with those who followed them
Jesus Christ is one of the strongest examples, with love and faith he acquired the undying loyalty of the 12 disciples. Others you might mention are the likes of Ghandi, Martin Luther King and Mother Theresa, just to name a few.

Working towards a goal or a cause requires teamwork, as a leader your task is to articulate that goal so that people can resonate with it, so much so that they see a little bit of themselves in you

Below, I articulate this argument, the argument that leadership requires self-reflection and self-awareness just as much as it requires perseverance and motivation

He takes after Her

The belief that women tend to have stronger emotional intelligence than men is a common one, and although it is not something I particularly agree with, from my experiences some of the most effective leaders in my life have been women. 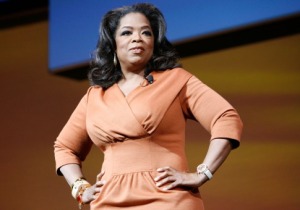 Once again i’d like to end with a short poem…

Women are the centre of the world and and the role of a man is to put the world on his back and guard it with his life
The warmth of your smile is no match for the coldest heart
You are the missing piece to the puzzle of life, the pure, the gold and the treasure

The consequence of a materialistic world is a lack of love
You have been misguided into thinking your worth can be valued by bricks and mortar
So precious is your worth that it should not be valued up against material possessions
It is not an asset or a stock, but rather it is an ongoing power source like the light in the sky, the water in the sea and the love in our hearts

Growing up in the 21st century is an amazing privilege and gross misfortune at the same time
We’re a confused generation, more to tweet about than talk about
More likes on Facebook than I love you’s in real life

You are the life creators, you are the world changers
You are beautiful and you are admired
Beauty is truly in the eye of the beholder, don’t be fooled into thinking otherwise

Many of you are blessed with the natural ability to understand, to feel compassion and to have patience. Whilst striving for success, equality and justice around the world, I urge you not to lose the very thing that makes you an exceptional leader